December 2003 marked the centenary of the Lake Buntzen Power Plant, the Lower Mainland’s first hydroelectric generating station. On December 17, 1903 the then Trout Lake Power Station (after 1905 Lake Buntzen) started and produced the first hydroelectric power in the Lower Mainland of BC. Two days later, on December 19th, the City of Vancouver was first lit by water power.  The Province newspaper of the day printed an article titled “Steam discarded in favour of Water Power”.  Prior to 1903, the electricity used to power the streetcars, interurbans, lighting, as well as power industry in the area came from a thermal electric plant located on the west side of Main Street, between Georgia and Prior Streets in Vancouver.

The growth in the demand for power in the early years up to 1913 rose as high as 30% per year. The BC Electric Company, through its predecessor companies had sought to find local sites for a water plant to produce electricity.  In 1895, the Consolidated Railway Company planned and called tenders for the construction of a plant on the Seymour River.  A survey authorized by this company in 1896 of the power potential of the Lake Coquitlam and Stave Lake, was inherited by the BC Electric Railway Company after its incorporation in April, 1897 to assume control of the assets of the Bankrupt Consolidated Company.  Due to a technical problem with the wording of the Provincial Consolidated Water Clauses Act of 1897, BC Electric had to create a subsidiary company, The Vancouver Power Company on January 28, 1898 in order to build a water power plant.

The Vancouver Power Company decided the Lake Coquitlam site was superior to the other available power sites. The proposal initially called for the building of a five mile long flume and ditch to carry Lake Coquitlam water to sea level at Port Moody. In an 1898 report presented by the engineering firm of Garden, Hermon and Berwell, it was noted that there was only a 2 1/2 mile wide ridge separating Lake Coquitlam from what was then two lakes, Trout and Lake Beautiful  (in 1905 to become Lake Buntzen). The engineers suggested a tunnel be blasted through the ridge and a dam at the outlet of Trout Lake be constructed to allow the lake to be used as a forebay for a sea level power plant located 400 feet below the lake.

The first step in the process of beginning the project was the acquisition of land and water rights to Lake Coquitlam and Trout Lake. Active negotiations began in early 1900 and due to stiff opposition from citizens of New Westminster who’s water supply came from Lake Coquitlam, and from the proponents of the Stave Lake power proposal, permission to begin construction was not granted until early 1902. Construction of the camp facilities at what was to become Buntzen Bay began in February 1902. By June construction had begun on the sites of the Power House, Trout Lake Dam, the grading for the pipeline-penstocks and the Lake Coquitlam-Trout Lake Hydraulic tunnel. The plan for the Power House called for a building capable of holding ultimately four units, each of 3,000 horsepower and producing 1,500 Kilowatts of power. The building was to be of solid masonry construction with walls 3 feet thick, 90 feet high at the peak of the roof, 34 feet wide and 156 feet long.

The machinery for the plant was to consist of water wheels from the Pelton Company of San Francisco and the generators, exciters, transformers and control panels from Westinghouse. The voltage generated was to be 2,000 volts with the transformers, housed in a reinforced concrete building adjacent to the power house, upping the voltage to 20,000 volts. The Trout Lake Dam was constructed of reinforced concrete with a height of 53 feet, a length of 360 feet, and a width at the base of 15 feet topping at 7 feet. Though only one pipeline of 54 inches in diameter and 1800 feet long was to be placed in the initial installation, the bellmouths and valves for the full ten units as well as the two exciters were placed in the concrete of the dam. The first 800 feet of the pipeline was wooden while remaining length was boiler plate which gradually reduced from 54 inches to 42 inches at the Power House. The exciter pipeline was 24 inches in diameter and made entirely of boilerplate.

The power from the Lake Buntzen Power Station was carried to Vancouver through a pole line 17 miles long and which crossed Burrard Inlet at Barnet Beach on two steel towers. The southern tower was 140 feet high and the northern tower built on a high bluff was 60 feet high. The clear span between the towers was 1/2 mile in length and was 200 feet above the water of the inlet. Two wooden poles followed the Barnet Wagon road to the Pole Line Road (now Sperling Avenue), with one reaching Vancouver via Hastings St. to the newly built Vancouver Sub- station and the other line built south along the Pole Line Road to the Burnaby Substation, at the site of the old Burnaby thermal electric plant and tram barn.

The Buntzen Power Plant produced its first power on December 17, 1903 and as mentioned earlier, supplied water power to Vancouver two days later. The project was initially to cost $800,000 but ended up costing $1,200,000. The demand for power increased so rapidly over the next few years that by 1906 the fourth unit originally planned for the existing Power House was installed. Three more units of increasingly larger types were installed over the years to January 1912.

Due to problems with foundations, the remaining three units were installed in a new plant (Buntzen #2) located 1/2 a mile south of the old plant. Between 1909 and 1911 the water tunnel between Lake Coquitlam and Lake Buntzen was enlarged from 9 feet by 9 feet to 14 feet by 14 feet to allow the installation of the final three units. This also required the rebuilding and replacement of the original 15 foot high log crib Lake Coquitlam Dam with an 85 foot high hydro filled (water washed sand and gravel) dam with a water proof clay core and rock covered surface. A water gate (tower) was installed to provide water to New Westminster and a sluice gate (tower) to lower the level of the Lake when required. The dam was completed in January 1914.  Due to the economic downturn in 1913, which reduced the demand for power, the tenth unit did not have its pipeline assembled to allow its use until 1919. This marked the end of the original building program.

The style of machinery available for power production in 1903 to 1913 required people to operate and maintain them. This resulted in a small community being developed above the Power House on the steep slopes of the hillside. Over the nearly 50 years the original plant produced power (1903 to 1950) families would be located at the site and endure the rainy, foggy weather, lack of flat ground and the need to leave by boat to seek groceries, medical attention and any form of entertainment not satisfied by tennis, badminton or fishing. One lady who resided at Buntzen from 1937 to 1943 and raised two children there commented that dogs and woman had to leave Buntzen before 10 years or they would become bushed (a little odd).

In 1950 the original four unit Power House was demolished by a planned explosion (it took two tries as the old time builders had constructed the three foot thick walls to last). The last three units of the old Buntzen #1 Power Plant were replaced in 1951 by a single unit which produced nearly three times the Power of the seven old units.  This new unit was capable of being operated by remote control, thus the people were no longer needed and by 1964 when Buntzen #2 ceased regular operations, the community had begun to decay into the soil of the rain forest it was located in. The old Trout Lake Dam was the next to be replaced, being reconstructed to 57 feet in height in 1965. In 1971, the area around the reservoir became a recreational area. Between 1980 and the mid 1990’s, upgrades were effected on the Lake Coquitlam Dam. The two towers carrying the transmission cables across Burrard Inlet at Barnet Beach were replaced in 1989, not due to structural defects but because of a concern regarding earthquake proofing.

Today the Lake Buntzen Power Plant produces less than 0.4% of the power produced by the generating facilities owned by B.C. Hydro. However it has the distinction of being the first hydroelectric generating plant to supply the Lower Mainland of B.C. In the early years it was considered to be an engineering marvel and after nearly 100 years still produces inexpensive power.

The use of Lake Coquitlam water has changed over the last few decades as the Greater Vancouver Regional District draws more and more water from the Lake to supply drinking water for the regions growing population. The first plan to use the water of Lake Coquitlam was by the Coquitlam Water Works Company in 1885. The plan called for a pipeline to serve Vancouver, Burnaby and New Westminster. The B.C. Electric purchased the company in 1902 to use the water rights for power production. However, the plan to supply the region with drinking water developed nearly 120 years ago was achieved this year with the completion of a 60 inch pipeline from Lake Coquitlam to the Little Mountain Reservoir in Vancouver. By the year 2050 it is suggested that all the water from Lake Coquitlam would be required for drinking water supplies with little left for power generation. But by then the 1951 Buntzen #1 replacement, if it has not itself been replaced will be nearing its’ centenary. Buntzen #2 with two of the three original 1913 Doble water wheels and Dick-Kerr generators is the oldest still operational plant in the B.C. Hydro system. Unlike the newer plants, Buntzen #2 still has its’ exciters which are used to energize the main generators, and this enables the plant to do a black start should there be a system wide failure as experienced in Eastern Canada and the United States earlier this year.

The use of power produced has changed over the last century. In 1903 95% of the electric energy was used for the streetcar and interurban lines (transit) with the remainder split between street lighting, industry and a very small amount for lighting in homes. As the use of electric powered household appliances became more common, the split between transit and other uses changed. By the 1920’s it was nearly half-and-half.  Today 95% plus of the electrical energy generated in the province goes to industry and home use, with very little to transit.

As the Lake Buntzen Power Plant nears the date of its’ centenary in December 2003, the plant, the company and the people who built and operated the facility for nearly 50 years can look back at a job well done, of supplying dependable power inexpensively.  Though the Plant has been overshadowed by the giant new plants like Shrum in the Peace River area and Mica in the Columbia River area, it still has the distinction of being the first to serve this area and for over a century has done a good job. 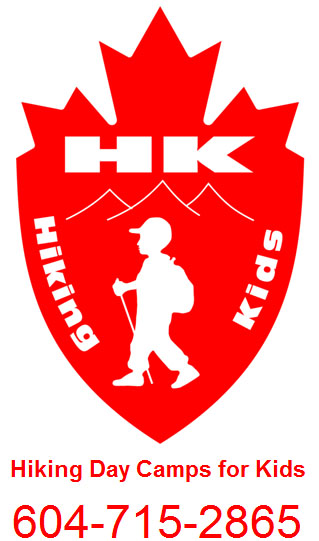